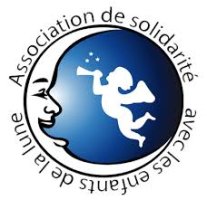 The solidarity organisation "Avec les enfants de la lune", which aims at gathering children suffering from Xeroderma Pigmentosum and heightening awareness about the disease, has recently launched a petition on change.org to promote its activity in Marocco, where an estimated 1,000 people are affected by this rare genetic disease whereas "only" 400 people are currently being taken care of by the association. According to the association, the petition aims to catch the attention of the World Health Organization.

One of the main objectives of the organisation, amongst others, is to create a new reception centre so as to improve hospitalisations and patient monitoring. Hence, signing a new petition could help the association obtain financial support for this new project and all the necessities involved in it (for example, the material equipement to protect the children). Gaining recognition and visibility is all the more crucial as Xeroderma Pigmentosum is rare, poorly known, and under-diagnosed in the country as a consequence.