Every February, the European association Eurordis prepares the "Rare Disease Day" held by the end of the month. Here is a fitting occasion to introduce, through the event, the actions led by this originally structured non-governmental alliance. 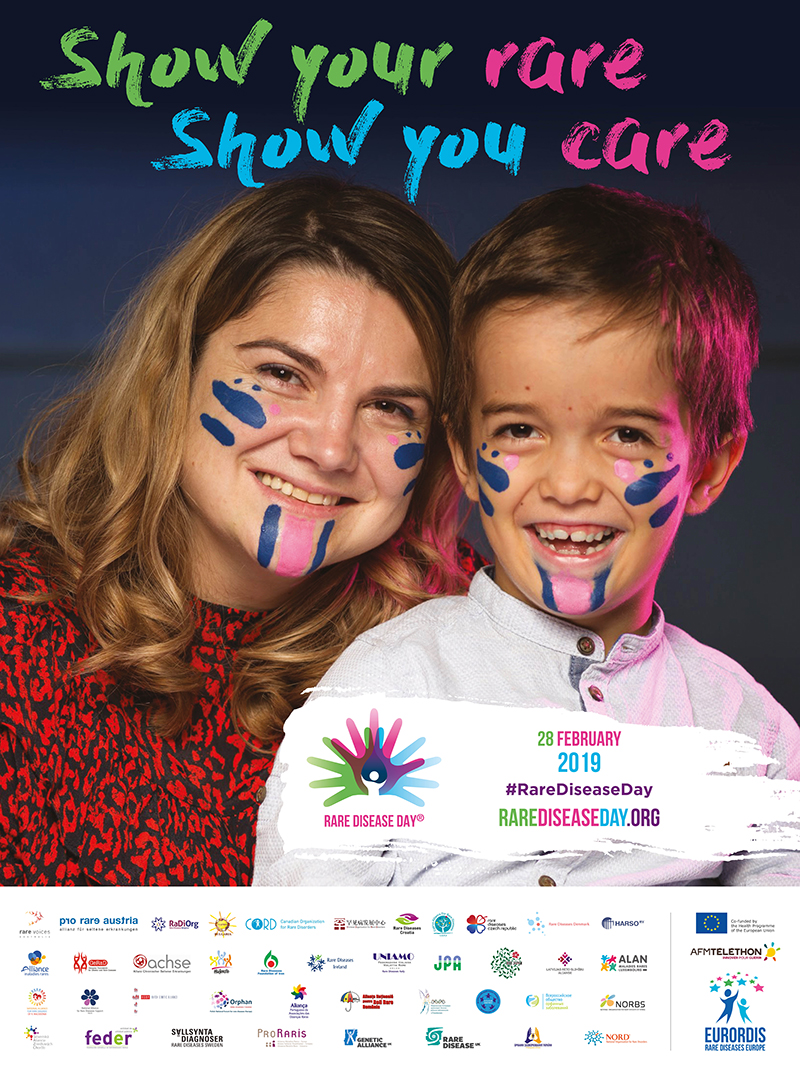 Poster of the 2019 campaign ’Show your rare’

A yearly challenge of sensibilization

For Eurordis, the second month of the year is the period chosen to organize a series of events reaching its apogee with "Rare Disease Day". This day is the opportunity to see, among more than 90 countries, awareness-raising actions, people sharing stories, videos or photographs through social media, all of which receiving an extensive media coverage. This year’s theme, ’Bridging health and social care’ aims at urging policy makers, researchers, health professionals and the general public to commit themselves into the struggle against rare diseases. Besides, individuals affected by a rare pathology are invited to display their condition to as many people as possible via the social media campaign "Show your rare".

Otherwise, Eurordis is not limited to communication operations since it will hold, the 12th, a Black Pearl Awards, a ceremony of which the name was conceived to pay a tribute to its exceptional recipients, (the natural formation "black pearls" is rarely observed), who will be awarded for their work towards the improvement of patients lifes. The next day, a symposium about improving the access to therapies for rare diseases will be held at Bruxelles. Lastly, the NGO Committee For Rare Diseases will organize, in collaboration with Eurordis, "a meeting to present a number of activities carried out through 2017 and 2018 within the human rights, health and sustainable development agendas of the United Nations system as well as present and discuss a call towards a General Assembly Resolution on rare diseases" declared the committee. It will be set up as an all-day conference gathering around 100 participants – the international NGO community, UN agencie, national governments, academic and research institutions and the private sector – interested in working for the advancement of rare diseases as a global public health priority. Previously, a first meeting had the objective of including rare diseases in the agenda of the UN.

According to European Union norms, a disease is described as "rare" when 1 in 2.000 people are concerned. This figure could have downplayed the impact of such diseases if it was not known that at least 6.000 rare diseases are now identified, affecting 30 million Europeans and 300.000 people globally. Owing to weak prevalence leading to scarce expertise, limited research and inappropriate treatment offer, it became essential to create better health care conditions for pathologies which could not be cured, but better integrated in the healthcare systems. This is why the European Organization for Rare Diseases was implemented in 1997, gathering then patient associations involved in promoting research and specific drugs. Only nine months after its inception, Eurordis gathered more than 90 associations from more than 12 countries of the European Union. Today, EURORDIS-Rare Diseases Europe is a unique, non-profit alliance of 837 rare disease patient organisations from 70 countries. 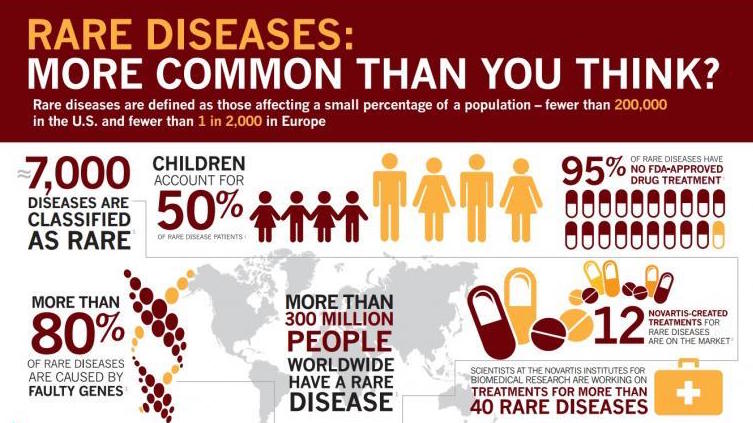 Global statistics for rare diseases in 2018

A balanced cooperation for better results ?

In 2017, Eurordis was jointly funded by the European Commission (25 %), donations from individuals and associations (35 %) and 64 companies (32%), first and foremost Pfizer, Shire, Novartis, Celgene and Vertex. This mixed configuration uniting public and private sectors gets even more sophisticated with the involvements of patients associations, research centres working on therapeutic development, such as the International Rare Diseases Research Consortium (IRDiRC). Since the birth of Eurordis, this stakeholder collaboration has been raising high expectations. Marco Sessa, the president of an Italian association for people with achondroplasia, including himself, was not reluctant to praise Eurordis a few years ago : “I have always been an activist, in particular in fighting against my disease. I remember my first time at a Eurordis meeting some years ago where I really understood how important scientific research is, how a particular law could resolve problems for many rare disease patients and also how unequal a combat it is to obtain a little bit of attention from some researchers and pharmaceutical industries.”