Ianina Ilitcheva was an author and artist born in Uzbekistan in 1983. Despite her incurable condition, she led an active life in the art world and therefore became a prominent example for people affected by rare skin disorders. In 1991, Ianina’s mother decided to move to Vienna so that her daughter could benefit from better medical treatments. In that city, she studied at the Academy of Fine Arts, but also in the Institute of Speech Formation. In 2015, she published a book (included in a transmedial project) based on her thesis achieved in the Academy of Fine Arts, entitled 183 days, in which she experimentally deals with the topics of isolation, creative process and social desire. The same year, she shot an experimental documentary called "Rough Diamonds" with Felix Herrmann and Jakob Defant, which was nominated in the 2016 official german award for best short films. 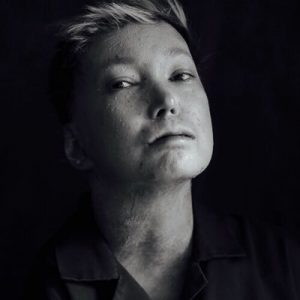 The scientific book Life with Epidermolysis Bullosa, which was published in 2009 by professors Jo-David fine and Helmut Hintner, contains a foreword that she wrote to explain how she felt about her life and her treatments as a EB sufferer:

"I often hear people saying : ’Wow, this is such a challenge.’. And it’s true. When a child grows up, having EB, where every day is not like the day before, it takes several steps until it learns to master this lifetime challenge. You have to accept it somehow, what turns out to be not very easy. Asking questions like ’why does it happen to me ?’ is ok, but until you can find an answer there is a long way to go. A life with EB is full of questions. So I think this book is very important, because it is able to give some answers, to the parents, the docs and nurses, maybe also to friends and partners. It helps to figure out what to do, when you realise that your skin is just not working right. And then time goes by and every child, every growing up, every man and woman learns how to live with EB. For me, it was a very important step, when I was able to fix my skin on my own. When I realised, that now I can control EB, and it’s no longer controlling me. These moments are the ones in which you grow, finding your own was, finding self confidence, losing fears, learning to trust yourself. Now I’m not a child anymore. Why I have to live with this challenge is not longer the primer question. EB is a part of the person that is me. Still every day is not like the day before, but in the end, this is, what keeps you awake in life, isn’t it ?[...]"