As May will be Ichthyosis Awareness Month (IAM), the Foundation for Ichthyosis & Related Skin Types is preparing the event to improve general knowledge about the disease. This may be even more significant than is generally thought. 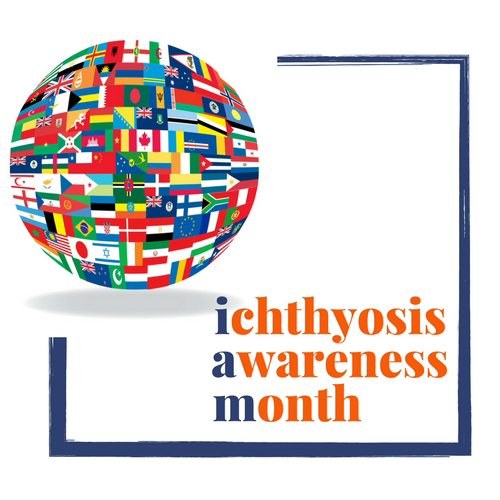 Poster of the annual IAM campaign

Ichthyosis refers to a group of genetic skin diseases having in common a dysfunction of stratum corneum due to abnormal proteins originally supposed to interact with it. As this abnormality generates hyperkeratinisation (excessive proliferation of skin cells), the skin becomes disproportionately thick or thin, similar to scales, hence the name Ichthyosis since ’ichthy’ is the Greek root for the word ’fish’. Set apart the uncommon physical appearance, other consequences of the diseases are infections, overheating, dehydration, rapid-calorie loss and chronic blistering. This life-long and non-contagious condition affects every gender and race, and an estimated 16, 000 babies is born each year with a type of ichthyosis.

Bringing general knowledge on this disease seems by no means a luxury as this event arises two months after a mother and her son, both affected by Ichthyosis, were removed from a flight within the United States for fear of contagion and inconvenience among the other passengers, a scandal ended by public apologies from the concerned airline company. Unfortunately, this case is not the only one showing that suffering from ichthyosis can lead to social stigmatisation. Amongst others, in January 2017, artist and singer Bailey Pretak told her life as lamellar ichthyosis patient to several media, relating the moqueries she had to endure because of her "scaly skin", so as to raise awareness about this social issue.

Besides, it is becoming increasingly common to witness relatives sharing their experience as parents of ichthyosis sufferers. As they express their views on the matter in dedicated blogs, media or community websites, they now seem able to provide valuable insights about what the disease really involves in daily life, which is an essential step to foster social tolerance and useful advice. The work of Courtney Westlake, or the testimony of Dr. Victoria Seb Khing, are eloquent examples of these particular attempts to sensitize people.

When the lack of knowledge has dramatic consequences

When dealing with stigmatisation against rare diseases, the case of developing countries has to be mentioned. For instance, African countries are often described as places where, in addition to a lack of adequate treatments, ichthyosis sufferers are simply rejected from all parts of society. In 2012, an article titled "Social stigmatization of two sisters with lamella ichthyosis in Ibadan, Nigeria" was published in the International Journal of Dermatology, thus reporting the case of two teenagers patients hidden at home since their birth, and whose whole family was regarded as an outcast. The conclusion of this report was unequivocal : "The fear of stigmatization from skin disorders in this environment can be so devastating as to deny those affected an education, employment, marriage, and prompt healthcare."

Another striking example of this situation was observed in Kenya, where the case of two kids affected by severe ichthyosis was spread in 2016. According to local testimonies, the social context was all the more difficult as, due to cultural beliefs, families and communities think that ichthyosis is caused by witchcraft. Even more dramatic, journalists and local observers have been told that children with disabilities can be killed or left to suffer. Despite the fact this very sensitive case sparked a social media campaign (#savewajirkids), it did not bring effective help for them, and so they kept with the only limited medical offer they had. 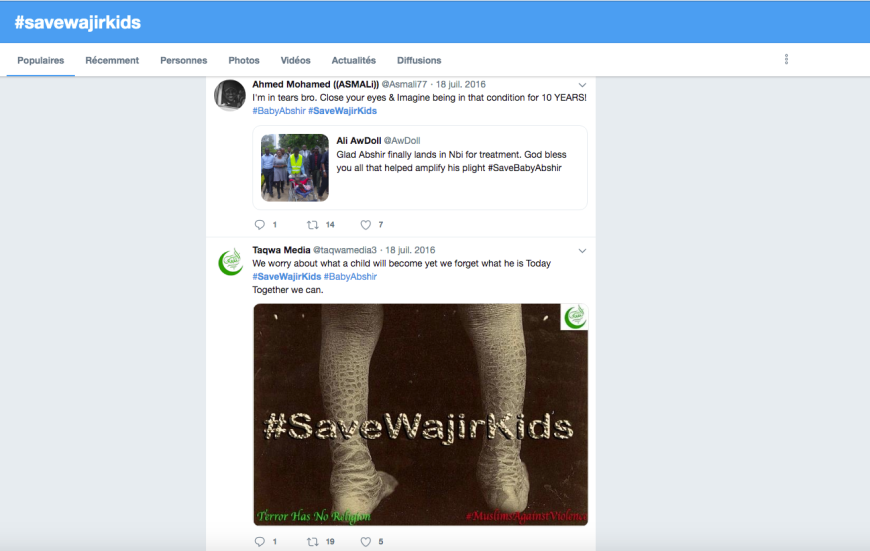 Furthermore, similar issues of stigmatisation or treatment deficiency have been reported in Nepal or India. Fortunately, these cases had far better outcomes.

More than a simple information campaign

For these reasons, during May, families and friends will be encouraged to join together around the world. Their actions, such as handing out educational information or reaching out to neighbors, friend or co-workers, will aim at displaying the challenges and hopes of the ichthyosis community. Also, social media campaigns will be launched with the following hashtags: "#ichthyosisawareness", "#FIRST", "#ichthyosis", "#IAM19". Another way to raise awareness will be the organization of interviews in local newspaper or radio station.

Though information and awareness are crucial matters, the essential purpose of the event might be elsewhere. As Courtney Westlake explains, "Even when we can’t fully understand what another person is experiencing, we can care. We can lean in to them during whatever journey is lying in front of them, or has happened behind them[...] You may hear “Ichthyosis Awareness Month” and let that title quickly pass through your mind. But it is my hope that when you read our family stories, you realize how similar we are to your own family, how similar my feelings as a mom are to your own feelings as a parent or grandparent [...]".

Indeed, for any patient, not only is the burden physical or social, but also especially psychological, which requires a huge amount of care from the relatives. "When you read about a father’s tender acts of hair care for his daughter, it is not about “ichthyosis awareness” but rather about the kind of unconditional love that we all recognize and feel for our babies. When you read about me wishing for other parents to build bridges instead of walls when they encounter our family at the park, it is not about “ichthyosis awareness” but rather about a mother’s hope for kindness and acceptance toward her children", Courtney asserts.

However, Carly Findlay, an Australian blogger, writer, speaker and appearance activist affected by Ichthyosis, was offered in 2013 a platform in the Guardian in which she warned people against bouncing from one extreme to another. "Good intentions can be rude and presumptuous. I hate that people think my life must be so bad that I need prayer and pity from strangers. [...] I hate that the prayers they offer may be attached to a sense of personal guilt revolving around feeling uncomfortable around me, especially when I’m clearly not suffering [...] These misplaced good intentions remain what they are: intrusive and condescending.", she declared in the newspaper.

Eventually, many involved persons deem awareness events should be understood as way to make the sufferers feel integrated in society as normal individuals, which is a simple objective that can impact their daily lives positively. When Ichthyosis patients are treated as any other child or adult, the most unexpected things can happen.