Meet Geske Wehr, the Chief Executive of the European Network for Ichthyosis 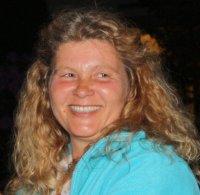 How did you come to get invloved in this association?

Geske Wehr: I got involved in the German Association after the birth of our son Johannes in 1997.

Since 1990 I have been active in organising the German annual meeting and in 2000 I began to take care of the personal problems of the families. Since then I am helping the families to obtain the support of health insurances, authorities and social care institutions.

In 2003, we started to look for other associations in Europe and had the first meeting of some groups during the 1st world congress for Ichthyosis in Munster in 2004. It took some more years and some more meetings to have an informal network of patients associations built and in 2010 we finally founded the European Network for Ichthyosis in Krakow.

Since then we grew steadily and in the meantime we have all known associations in Europe united within our network. It’s Denmark, Finland, Sweden, Norway, France, Belgium, Switzerland, Portugal, Spain, Italy, UK (and Ireland), Romania, Poland (very inactive nowadays) and Germany. We are in contact with patients in countries where there is no patient organisation at the moment, such as the Netherlands, Russia and Hungary. At the moment, we are trying to expand more internationally, but it seems there are no patient organisations in Australia, New Zealand and Canada known. There already is contact to FIRST, the US-association.

What is the added value of your organisation when it comes to the care of those patients?

Geske Wehr: The mailing list informs all patient organisations about the latest news in science and medicines, everybody has the possibility to get in contact with other affected people through the website and, if any question comes in via the contact-button I look for the best specialists to answer as good as possible.

The exchange of knowledge concerning the different ways of care and therapy in the different countries enables us, the patients and their families, as well as the therapists and doctors to find the best treatment for the single patient.

According to you, what can the patients expect from the ERN?

Geske Wehr: Unfortunately patient organisations still are not well recognised and accepted by many clinicians, therapists and other stakeholders. The ERN would make sure that the different treatments we already know of could be spread more widely and would be acknowledged much more by all these people in charge. We still have many problems with reimbursement of - not very expensive but uncommon ways of treatment - and we hope that this process would be easier then as well.

Geske Wehr: A rare skin disorder ERN is a very important setting for patients, clinicians, researchers and all other stakeholders involved in the rare skin disorder field. The mass of different diseases will make it very complicated to get all of them under one "umbrella". Nevertheless, there probably will be a segmentation to make the process easier. The first aim should be to make sure that all affiliated clinicians and researches not only take information (about diagnoses, treatments and therapies) but also provide all their knowledge in order to have the same state of the art all over. The goal should be that all patients have access to all the knowledge and treatment/therapy available. Another important thing, of course, is the research. Most patients still don’t see it as that important because it does not have direct impact to their daily lifes - not immediately. And sometimes, the funds run up and the project dies - difficult topic, especially in the rare disease field. But, I cannot see how an ERN could offset that. The ERN could only try to bring the different researchers together and collaborate better so that funds last longer... But I am not very knowledgeable in this field, sorry.

Why does international cooperation beyond Europe matter so much ?

Geske Wehr: Especially in the field of any rare disease it’s patients, clinicians and researchers that have to work together - some diseases are very rare so that any research, any study or trial becomes very difficult, even within Europe. Furthermore, every single country has different ways of treatment, including all the old ways how Grandma did things. These domestic remedies (I don’t know whether this is the right word) help patients to find good ways of treating their disease or just underpin the medical treatment or fight the negative side effects of a therapy. The lack of access for patients, especially people in developing countries makes them inventive and sometimes there are wonderful ideas that could be used all over the so called highly developed countries as well.

The other websites of the foundation